The Wine House of Fontana Candida, following a long period under family management, became a company in 1958. It has its headquarters on the hill of Fontana Candida, in a hamlet which sprang up in the area where once was erected an impressive Roman villa which possibly belonged to the poet Quintus Orazio Flacco. Near the ancient Roman villa many water pipes arrived, coming from Monte Porzio, the name “Candida” can derive either from a play on the name “Calida” or “Canicha”, that is warm, or from the colour of the water.

Fontana Candida is situated at the heart of the Doc area of Frascati, the ancient Agro Tuscolano (the name of which derives from the pre-Roman town of Tusculum) which includes the communes of Grottaferrata, Frascati and Monteporzio Catone, as well as parts of Rome and Montecompatri and which produces the very famous “white wine” beloved and praised by Popes, princes and poets.

Fontana Candida has 25 hectares of vineyards, 13 of which are represented by the Vineyard S.Teresa. The hills where the vineyards are located, at 200 to 400 metres altitude are of a volcanic nature. The soil is characterised by “pozzolane”, otherwise known as “terrinelle”; situated at the furthest points from the mouths of the craters, these are formed from volcanic ashes, which produced deep, sandy soil, very water-absorbent, rich in potassium with some phosphorous, calcium, magnesium, iron and microelements and low in nitrogen.

Frascati has always been the preferred wine of the pontiffs and of the Roman people who could have as much of it as they liked on solemn occasions such as was recorded for the election of Innocent X (Giambattista Pamphili) in 1644 and of Clement X (Papa Altieri) in 1670. On such occasions the white wine of the Tuscola hills gushed from the fountains of Rome, from the nostrils of Marcus Aurelius’s horse and from the mouths of the lions of the Campidoglio “to the great delight of the people, both sexes and all ages taking part with flasks and cups to drink with merriment and abandon”. 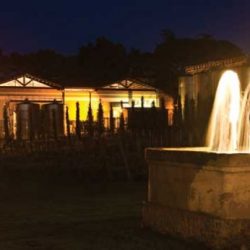 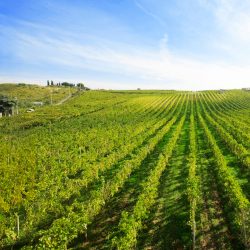