In the late 1960’s, French Count, Hughes Bernard de la Gatinais married Gigi Guarrasi, from Palermo. Shortly after the honeymoon, they embarked on a mission to restore her family’s vineyards and wine cellars after they had been destroyed in the Belice Valley Earthquake in 1968. Their work is now carried out, very passionately by their son, Laurent. Wineyards were replanted to include not only indigenous varieties, but beloved French varieties as well. At the forefront of the quality revolution in Sicily, Rapitala was one of the very first producers on the island to offer estate bottled wines, starting with the 1976 vintage.  The cellar at Tenuta Rapitalà has been recently renovated to house some of the most modern winemaking equipment. This high-tech approach allows them to have a much larger window when it comes to harvesting their grapes, and ensures that they are at optimum ripeness. Bottom line is that these wines are truly special, and we just had to have them. 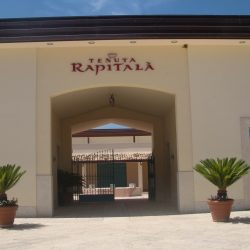 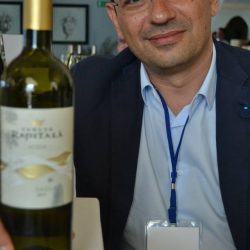 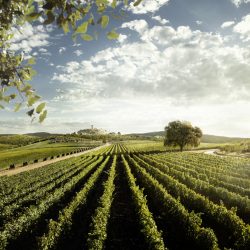